Fortified with nucleotides metabolites and oligosaccharides-250mg 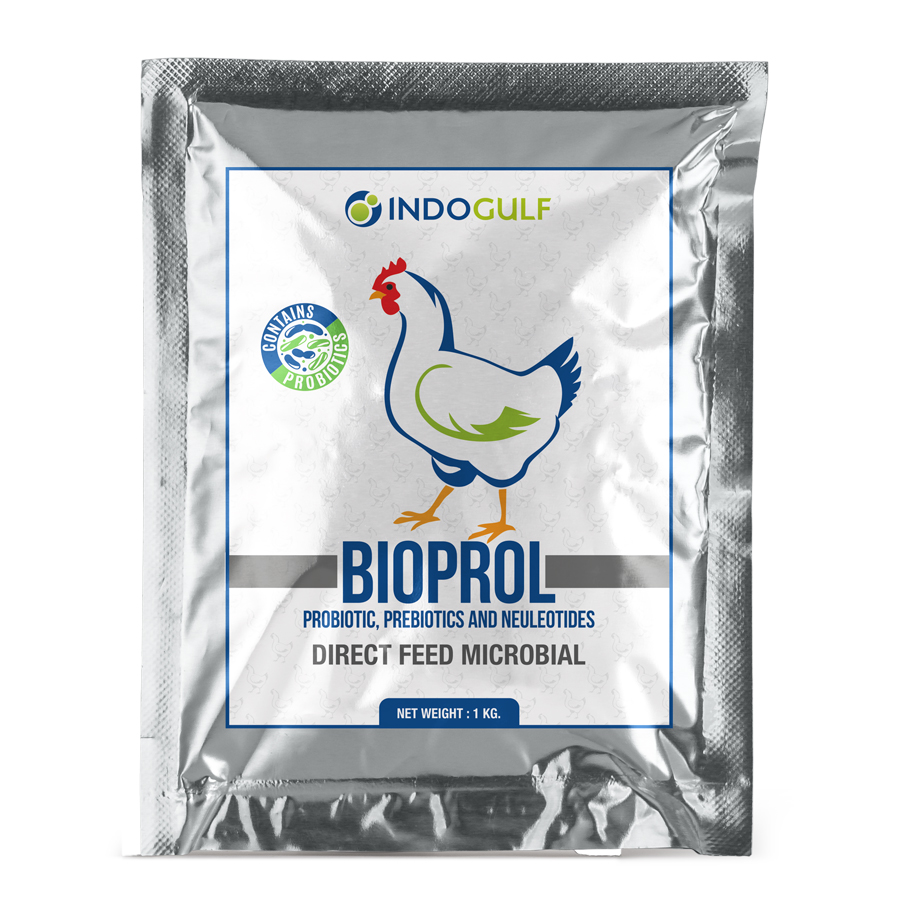 Due to the inoculation of beneficial Micro – Organisms in the gut-the epithelial tissue will be healthy. There will be more absorption of protein and other macro and micro nutrients resulting in overall better performance i.e. improved FCR, more weight, Higher Egg Production, Less thin shelled Eggs etc.

BIOPROL can be analysed before use and also after mixing with the feed and can withstand heat of pelleting.

Product which can withstand heat of pelletting – shelf life 2 years at room temperature.

Only Microbial that has included

On entry into the bird via

Bacterial and Viral outbreaks are prevented.

Apparatus (and sources where applicable)

Note: Streptococcus faecium may be extracted using this procedure but should be counted on KF Streptococcus Agar (See Appendix 2)

It has come to my attention that there are potential difficulties in counting BIOPROL in blended or pelleted feeds. The difficulty lies in the presence of environmental Lactic acid bacteria and other naturally occurring bacteria in feeds which interfere with the counts.

The basic procedure should be amended as follows:

Note. Time and Temperature are related as far as this assay is concerned.

Variations of exceptions of different products: For pelleted feed see attachment
Special advice or precautions: When removing media fro, autoclave, swirl very gently. DO NOT SHAKE VIOLENTLY, as too much oxygen could be infused into the media for successful counting. The use of APPROVED MRS Lactobacilli Agars is essential for proper counting of these products. See Appendix 1.

It has been noted that differences in the equipment used to shake the culture (rotary or wrist action shakers) , as well as experimental trials using no shaker, can result in up to 100 fold differences in reported results. This is a mechanical problem with the procedure, dealing with the fracturing of bacteria in the culture during the extraction. Since it is unreasonable to dictate a specific shaker to be used, we recommend adjusting the shaker speed to a level vigorous enough to fracture these chains, in an attempt to eliminate these differences.